January, 20, 2018 I Patio Gallery I Antwerp I Axel Vervoordt Gallery I Opening Day 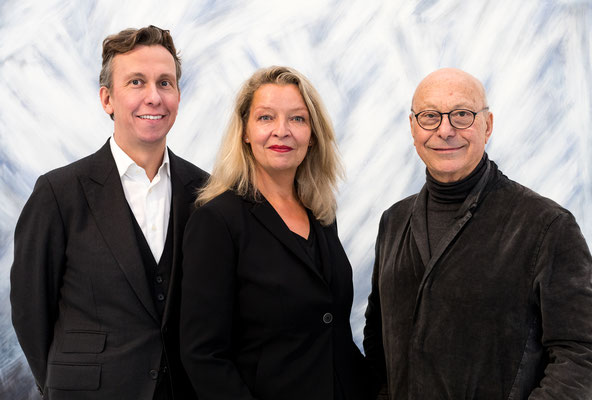 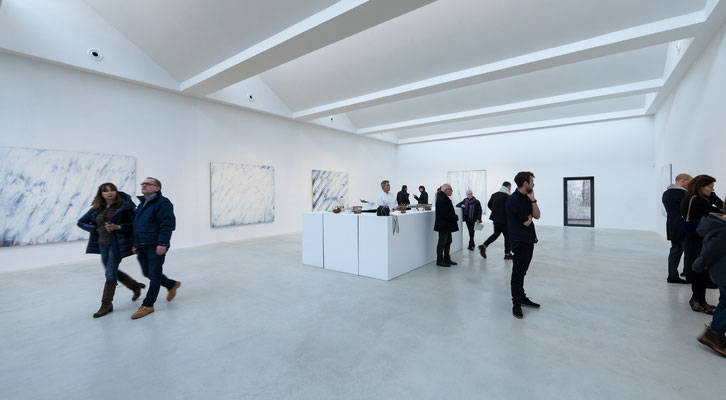 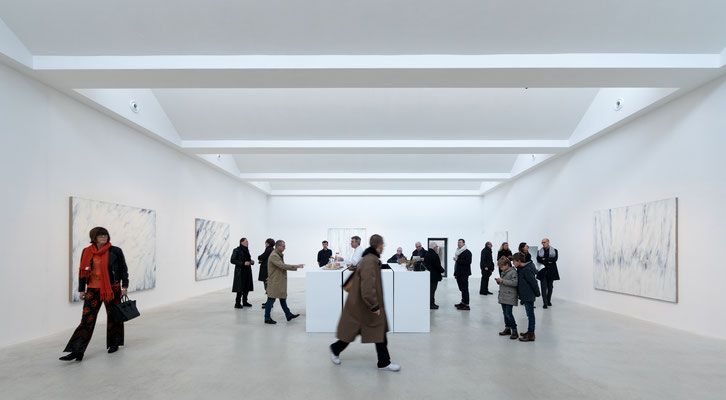 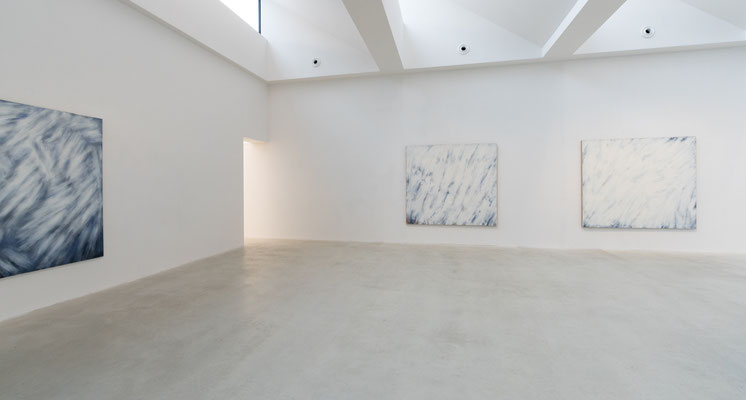 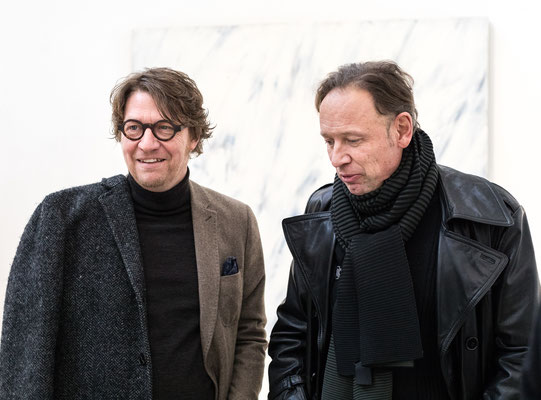 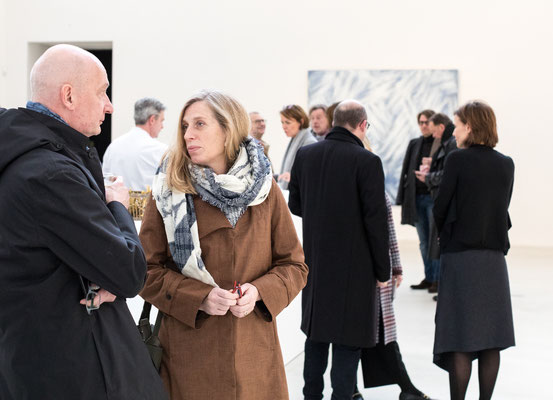 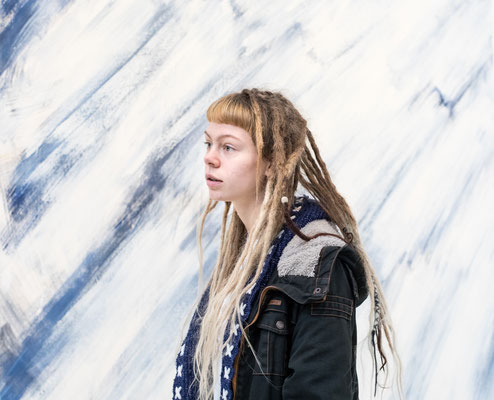 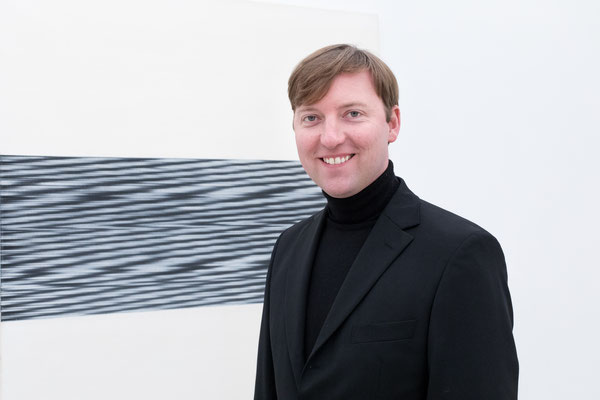 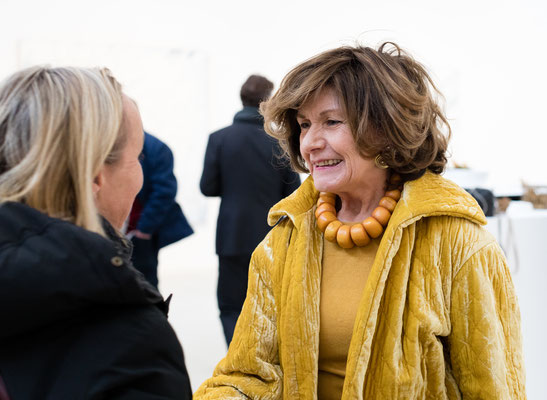 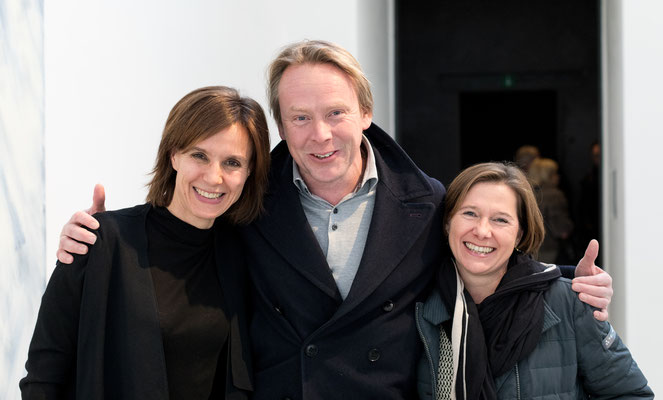 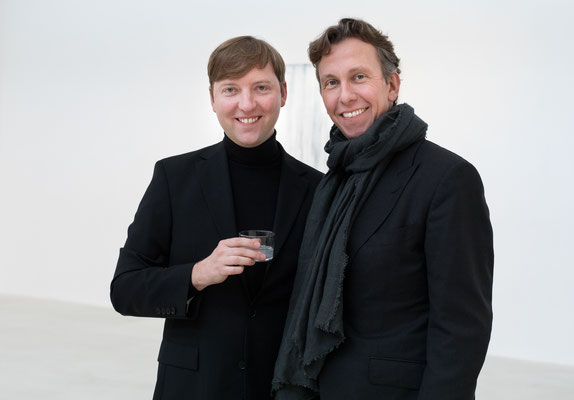 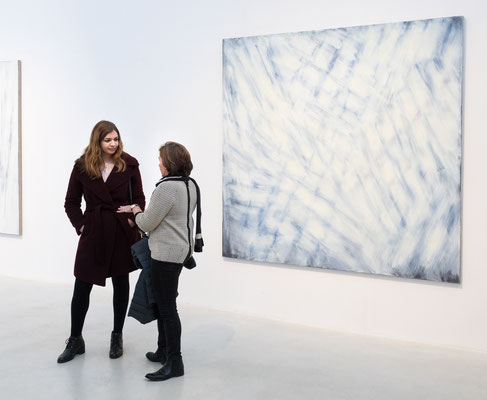 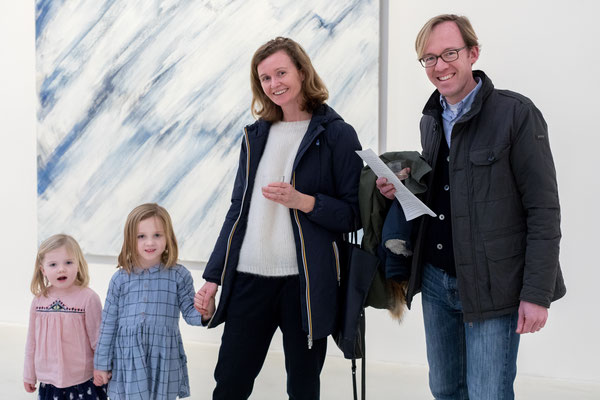 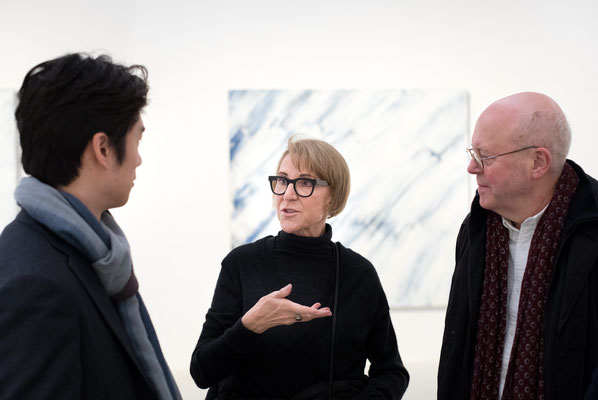 January, 10, 2018 I Patio Gallery I Antwerp I Axel Vervoordt Gallery

The Patio Gallery features the work of Raimund Girke, with the key paintings from 1989 - 2000.

The exhibition will be shown at three different locations in the course of the year.

On occasion of the exhibition a catalog will be published

It is only a question of time before the quiet and yet so unique paintings of Raimund Girke (1930–2002) also gain the recognition among the public that they are due. Over a period of 50 years, Girke has created a painterly oeuvre of impressive consistency defining stratifications and structures, made with calm, flowing brushstrokes. Die Kraft der Farbe (The Power of Color) is the name of the retrospective exhibition that includes numerous previously unshown paintings of the 1980s and 1990s from the estate of the artist. Despite Girke’s great love of white in his works, in terms of content he consciously steers the viewer’s attention so that his art exists beyond all black-and-white painting. “White is emptiness, immateriality, quiet and silence,” Girke once said about his art. This book also gives off an immense meditative strength. Viewing the paintings of Raimund Girke should hold great fascination for a public sensitized to the rediscovery of abstract art of the ZERO group.

In addition to illustrations of all 40 works included, the book, accompanying the exhibition at the Villa Grisebach in Berlin, also contains analyses on Girke’s unique formal language by Hans-Joachim Müller and Florian Illies, as well as a speech about Raimund Girke by Günther Uecker. 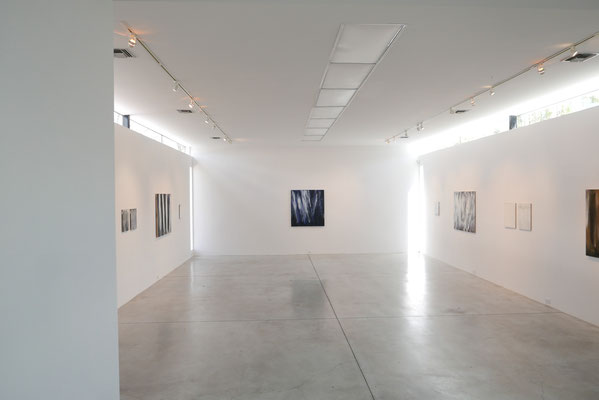 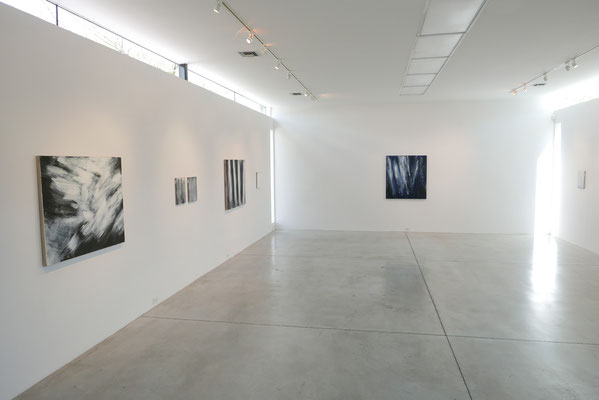 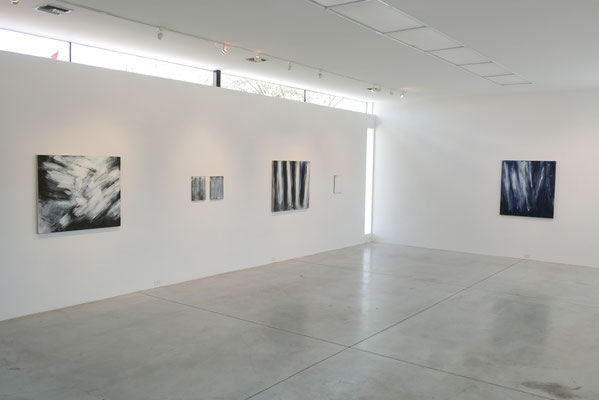 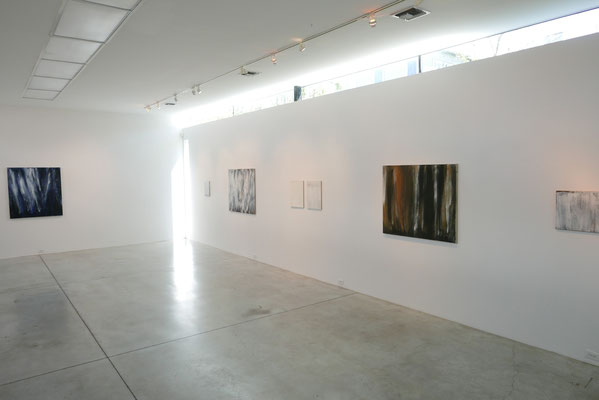 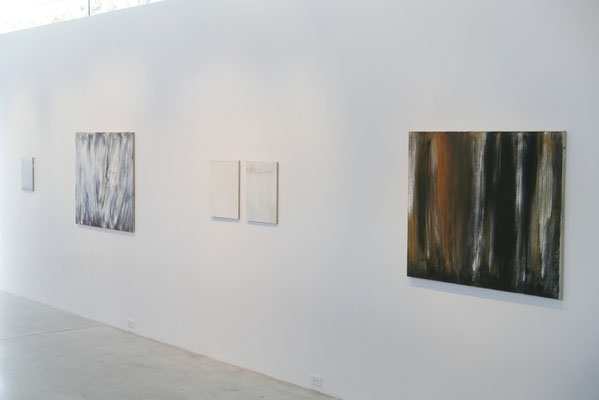 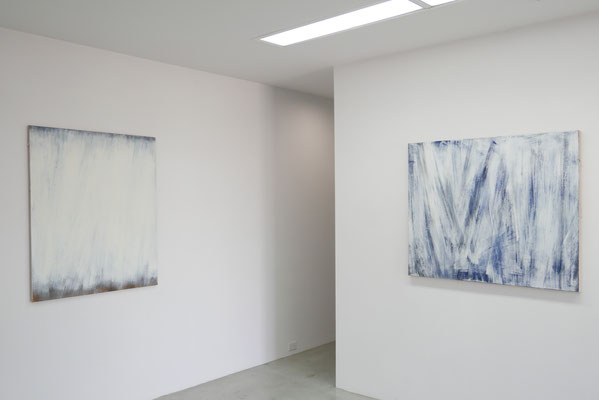 Opening Speech by Roland Scotti, Museum of Art, Appenzell
Duration of the exhibition: March 19th until May 30, 2016. 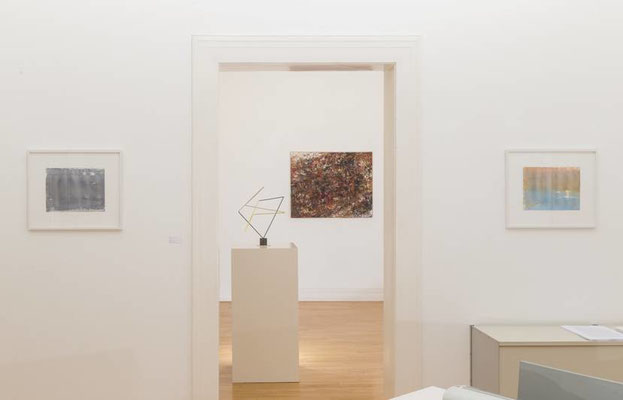 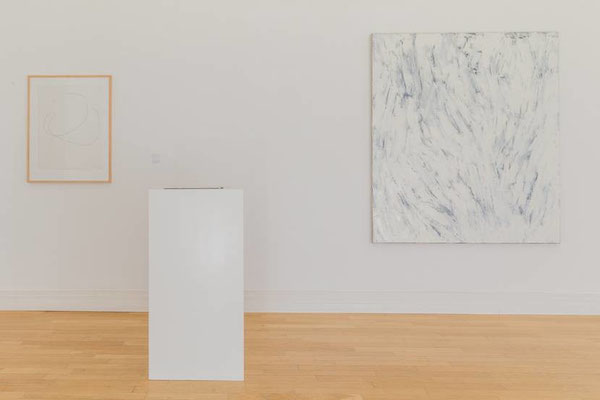 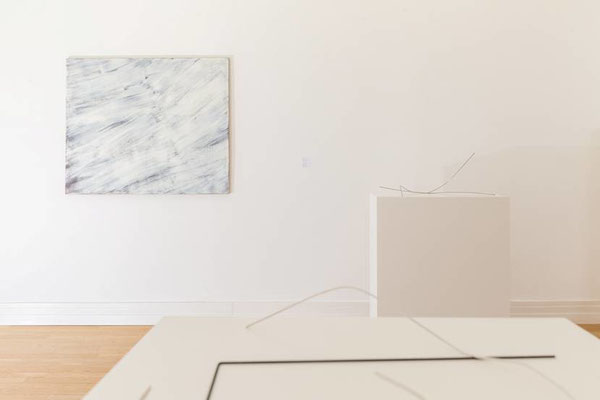 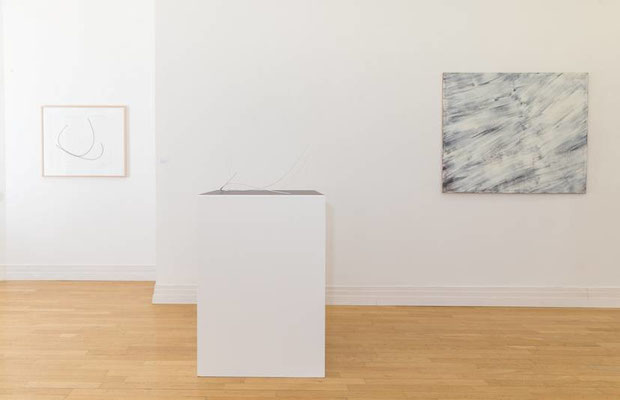 In the newspaper "Welt am Sonntag" published on Sunday, 10 April, you will find a review of the exhibition in Stuttgart. Please click on the button. Only in German.

November 18th, 2015 I Kanaal I Antwerpen I Winterexhibition I Groupexhibition I November 27th - 29th,2015 I Axel Vervoordt Gallery

During the exhibition, the concrete silos will feature a diverse selection of contemporary art installations, with work from various artists including Tatsuro Miyajima, Marina Abramovich, Raimund Girke, Conrad Shawcross and Kimsooja.
For the first time, it will be possible to explore an apartment in the new part of the silo building and a solo show from the famous Korean potter, Kwon Dae Sup, with contemporary Moon Jars. They are a representation of the epitome of the austere Confucian virtues of purity, honesty and modesty. The beauty of form is highlighted by the slight imperfections in its creation, a celebration of nature taking its course. These vessels, with their pure shape, have been revered by the Korean people for hundreds of years, and still resonate today.

Our Antwerp gallery has a current exhibition by Dominique Stroobant. As an artist renowned for his pragmatic ingenuity and passionate drive for self-expression, Stroobant’s work includes numerous sculptures, photographs, drawings, illustrations, texts and Land Art works.

We look forward to welcoming you at Kanaal site and at the Axel Vervoordt Gallery in Antwerp.
Please note that due to reconstruction works during the exhibition Kanaal has  limited accessibilty.

October 8th, 2015 I Thank you Christopher Moore @Randian for this feature article I The exhibition in Hong Kong is open till October 22nd. 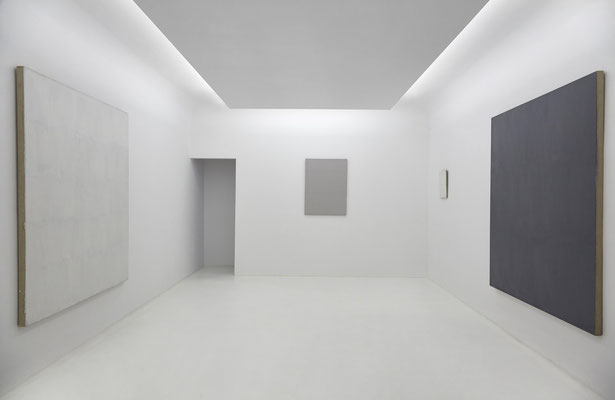 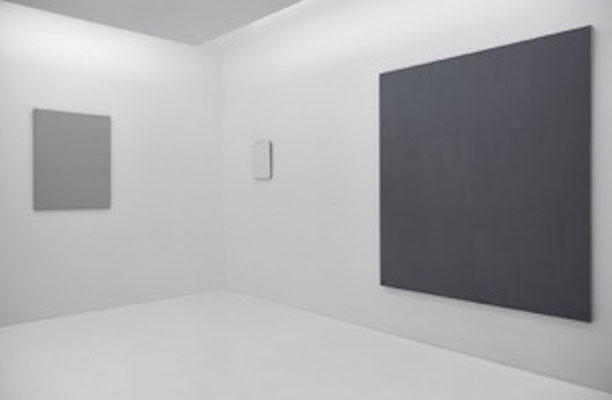 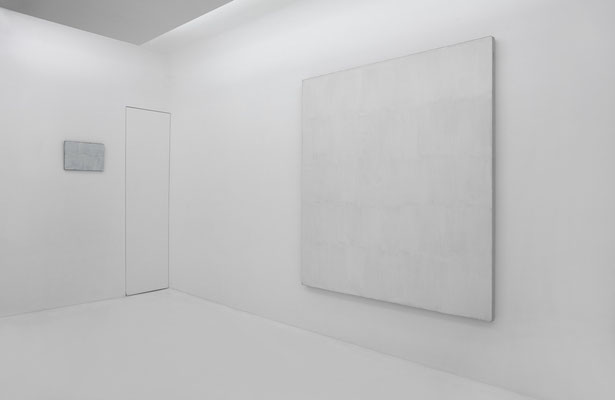 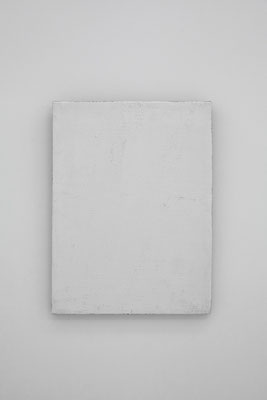 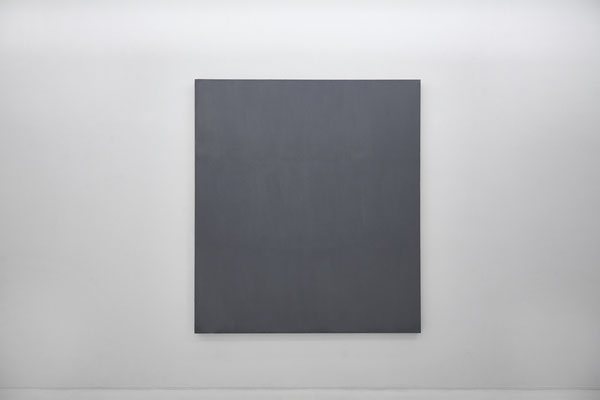 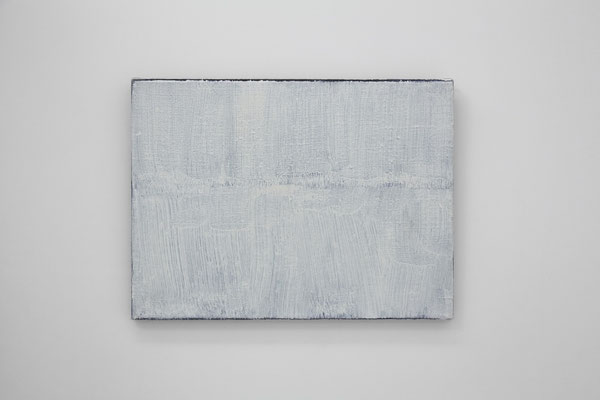 Raimund Girke - In Between White


Axel Vervoordt Gallery is proud to present its first solo show of German painter Raimund Girke (1930 -2002) in Hong Kong. The works on show are monochromes, highlighting the second half of the Girke’s career, and focus on silence and serenity, thus obtaining a distinct meditative character.

At the age of 27, Raimund Girke decided that the colour white was to play a central role in his art. He felt that other colours would obstruct one’s feelings towards the calmness of the continuous changes in nature. He described his painting as a clear reaction to the visual stimulus satiation and as an attempt to take the observer to a new level of concentration. As he stated in 1965 in one of his writings: “White demands meditation.” -1-  During the decades that followed, he remained within the basic paradigm of controlled geometric abstraction, but instead of musing on non-visible, spiritual or conceptual phenomena, he explored fundamental physical phenomena such as light, motion, rhythm and vibration. In an exhibition text written in 1960, he elaborated on his focus:

Polychromy prevents colour from making an impact, given the constant competition, whereas the restriction of the colour scale enables one colour to manifest its full intensity. The brightest colour, the most luminous and intense colour, is white. White is the Queen of Colours; for colours are the “actions of the light” (Goethe) and white is the colour most akin to the light. Black and grey intensify white, supporting it, while playing only a subordinate role themselves. They modulate white in its infinitesimal nuances, causing it to vibrate and imbuing the colour over the whole picture surface with continuous movement, and thus with life. -2-

It is of little surprise then that the best art for him was the “absolute reduction to the essence”. Throughout his life he was fascinated by the “high aesthetics and intensity of (…) simplicity”. -3- This fascination led to signature elements like a repetition of gestural brushstrokes and subdued structures and a tension between sobriety and emotion. Despite the apparent calm, there is movement and despite the seeming superficiality, there is depth. All those elements in turn resulted in a remarkable continuity in his body of work. Something Girke himself noted in an interview that took place in late 2001:

It seems to me that the 1980s had a parallel in my early 1950s phase, where there are also stronger contrasts and movements, where the unanticipated, imponderables, also slip in and are accepted. I’m inclined to believe that since the early 1990s I’ve been going through another phase where I’m increasingly referencing my paintings of the early 1960s and 70s, where the paintings are becoming more tranquil again, more cohesive, more open-ended and yet more unified, where the colour or pictorial field is not ploughed up by brushstrokes. (…) I believe that right now my paintings are again imbued with a largesse, a certain tranquillity and peace. -4-

An almost monochrome-white picture design with the finest differentiation in colour and light reached its peak in his works of the 1970s, of which those for Documenta 6 in 1977 are best known. His compositions, which had been rhythmitized and full of gestures onto that point, became maze-like, clearly structured image fields. In order to attain a subtle shading of white’s nuances, Girke switched brush and spatula for an airbrush with which he sprayed a haze of paint onto his canvases. Whereas the personal flow was almost absent in these serial, structural arrangements of the 1970s, the gestural moment of the brush stroke was intensified anew in the 1980s and 1990s, as was the scope of his palette. The selection of works currently on view in our gallery focuses on serene and soothing paintings from these phases: the silky opacity of Untitled (1971) darkens in the grey of Untitled (1980) and in that same year and later on we see the return of thicker, vertical brushstrokes. Girke's practice was dynamic and it’s his painterly signature and brushwork that injected vivacity into the calmness of his abstract works.

Raimund Girke was born in 1930 in the Lower Siesian town of Heinzendorf. He grew up in Reichenbach until his family was deported in 1946, as the territory became part of Poland, after which they settled in the vicinity of Osnabrück. From 1951 until 1952 he studied at the Werkkunstschule in Hanover and subsequently attended the Staatlichen Kunstakademie in Düsseldorf until 1956. Even early on, he enjoyed great success: in 1959 he received the city of Wolfsburg’s prize for painting and in 1962 he was awarded the Kunstpreis der Jugend in Stuttgard. Between 1966 and 1971 he taught at the Werkkunstschule in Hanover before following a call to the Hochschule der Künste in Berlin. Girke lived and worked in Cologne and Berlin until he passed away in 2002. Today, his work can be found in several public collections in Germany and abroad.